ONE MORNING LAST SUMMER, June Williams peered out the window of her house in the small Oxford shire village of Cray’s Pond and found that someone had stolen the hedge. The whole hedge 40 feet of well-trimmed, shoulder-high cypress was gone. “I couldn’t believe what had happened,” she said. “I had a good laugh about it, but it will cost $400 to replace.” The thieves also made off with a statue of a cherub and a stone watering trough.

Kleptomania is not something I previously would have associated with gardening. But according to Scotland Yard, which has officers specializing in plant theft, a true horticultural crime wave is washing over rural Britain. With gardening the second most expensive hobby in the country only music buffs spend more than the $4.2 billion a year spent by gardeners on tools, plants, and other gear there are apparently more and more things around to steal. They may or may not have roots. There is nothing particularly new, of course, about the theft of expensive garden power equipment mowers, tillers, chainsaws, and the like although in my experience it is more prevalent here than it was in the Massachusetts Berkshires 10 years ago.

Even more vulnerable than power equipment at least you can lock up that sort of thing are the various bits of what auctioneers like to call “garden furniture,” which are an important part of many English gardens. Under this heading come all kinds of ornamental and functional items in stone, lead, or terra-cotta, from fountains to gnomes. As a rule they are supposed to stand in quiet decorative splendor in the garden itself, but depending on their weight, they can obviously be lifted. There is a sound and ever-expanding market for such pieces, too.

According to the International Council on Monuments and Sites, the last five years have seen an increase in thefts of garden objects from almost nil to nearly half of all art stolen in Britain. Powis Castle, for example, whose world famous gardens in Wales boast much fine statuary, recently lost three handsome 18th-century figures and a couple of valuable lead urns. At other stately homes, thieves have been known to bridge a ha-ha with planks and drive away the owner’s tractor towing a trailer full of loot. Country Life magazine, the Family Circle of the fox-hunting classes, went so far recently as to publish a handy guide to alarming, fastening down, and otherwise protecting your outdoor valuables. My favorite involves a thumbnail-size transponder of a type invented to track stolen motorcycles. You embed it in an object, which then becomes traceable and identifiable even if it turns up at a tag sale in, say, the town of John o’Groats.

Personally, I have not managed to accumulate much in the way of garden furniture. I do have two fragments of old carved stone from the Gothic window frames of a ruined 14th-century manor house. It wouldn’t take much to spirit them away if some blackguard with a pickup truck were so inclined. I have no statuary at all, which may be just as well; in addition to the alarm systems, Country Life says you should consider anchoring statues with stainless steel pins set into solid concrete foundations. This seems like a lot of fuss, and I’m not convinced it would discourage the truly determined, anyway. A better solution might be the one recommended by Sir Roy Strong, former director of the Victoria and Albert Museum and a gardener of note. He buys cheap cement castings of baroque nymphs and Neptunes, and then paints them with milk for a few months. The result, in our climate, is a lovely green-gray patina that makes a mass-produced fake look like an escapee from Versailles. It may still end up stolen, but you have the satisfaction of knowing that somebody has gained a bad back to no purpose.

Another real growth area in garden robbery is the plants themselves. Commercial nurseries have a substantial problem in this regard. At Endsleigh Garden Center near Plymouth, things got so bad that after $80,000 in losses the proprietors had to ban 200 suspected shrub thieves and distribute mug shots to the staff. But the field of play is much wider than the commercial arena: Thousands of private gardens in Britain are open to visitors either occasionally or every day; there are dozens of major and minor horticultural establishments, from the Royal Botanical Gardens at Kew to the National Digitalis Collection; and countless stately homes, university gardens, and municipal parks invite plant lovers to drop in. Most of these have, to some extent, fallen victim to secateurs and trowels. 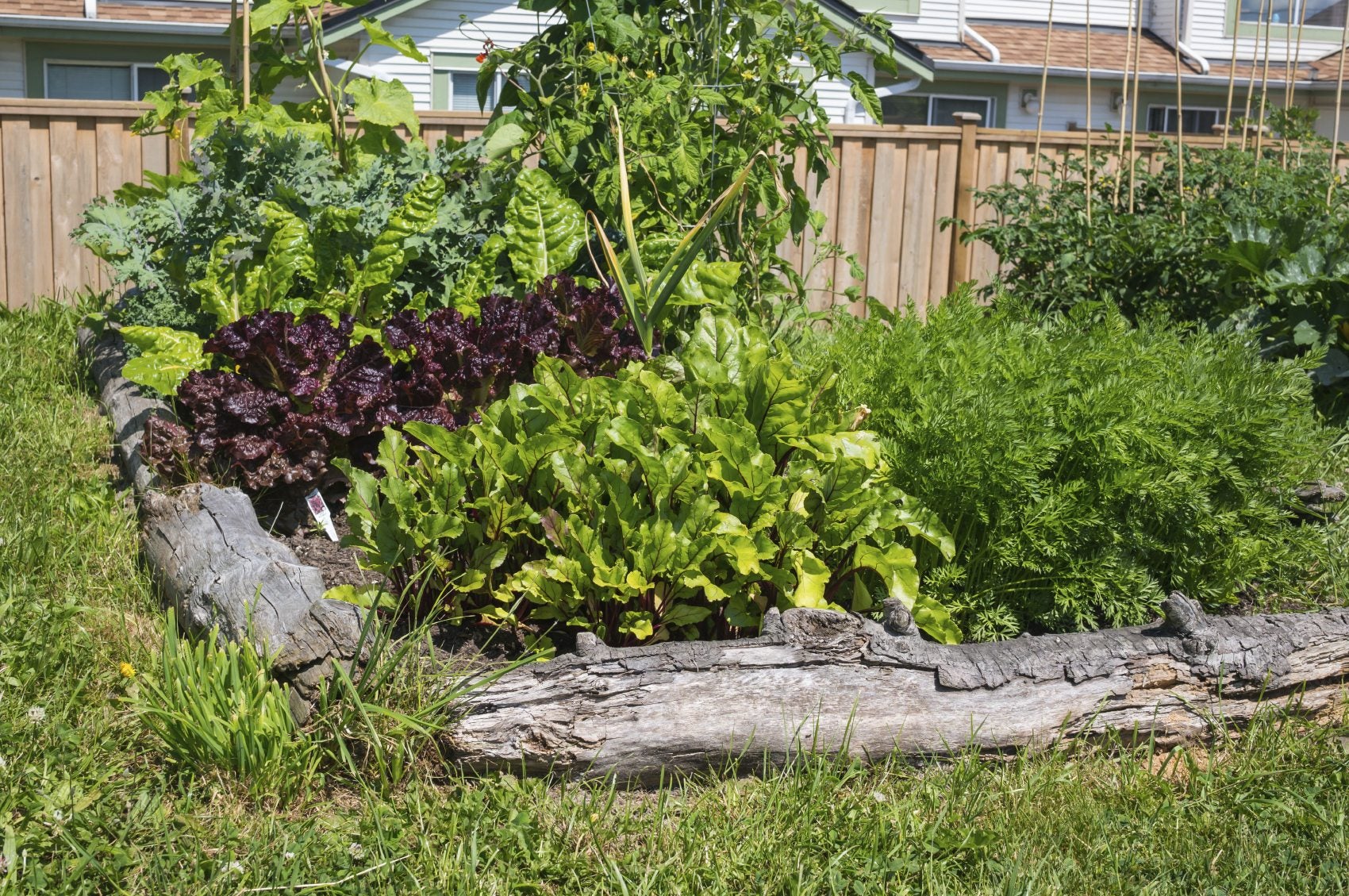 Stephen Anderton, horticultural officer for English Heritage, a conservation group, figures that there are two kinds of thieves responsible for most of the dirty work, both of them elderly and female. The first, he says, is “the coach [bus] party ladies who seem to think that since they have paid, they can take home samples.” The other consists of more knowledgeable gardeners intent on picking up rarities for themselves or to order. “You find the most unlikely people doing it,” Anderton adds. At Belsay Hall in Northumberland, he caught three women from a Mother’s Union outing filling their handbags with cuttings. The oldest, 80, was the mother of one of the two 60 year olds, who said, “It was all her idea.”

Like a cat burglar checking out the diamonds on display in a Monte Carlo casino, plant thieves do their homework. If television’s Gardener’s World demonstrates on a Friday night how to take cuttings from a particular species, you can be pretty sure that species will be thoroughly snipped by Saturday evening. The National Trust, which supervises many of the most important gardens in Britain, has reportedly lost so much valuable stock that they now wait to label some plants until they are fully grown, in hopes that ignorance will cause thieves to hesitate about taking cuttings. Or, for that matter, lifting the plants bodily. Scotland Yard reports that certain plantnappers use garden visits as casing expeditions, then come back at night with a shovel and a truck. Police suggestions for dealing with this sort of thing include making paths out of gravel for a telltale crunch, and planting unfriendly hedges. They have prepared a list of 10 “thorny, prickly, and hostile” varieties, including berberis, rugosa roses, and holly.

We have yet to lose a plant to marauders other than slugs, rabbits, and aphids, but then we live pretty deep in the woods. I worry more about the pile of old flagstones waiting to be laid than about an especially shapely hebe or the new ‘Blenheim Orange’ apple tree. An hour or so east of us, in the Cotswolds where there is a lot more money, many more owners of second homes, and an abundance of splendid gardens people are a great deal less relaxed, judging from newspaper reports. Even vegetable gardens have become fair game. In Oxford itself there have been reports of hundreds of thefts from allotments, where city dwellers grow cabbages, turnips, and the occasional prize-winning pumpkin. One elderly pensioner had his entire crop of potatoes stolen by thieves, who then replanted the tops. “The old boy had poor eyesight and went on watering his plants for days,” said the investigating policeman. “He was heartbroken when he found out what had happened.”

In a furious article in the Independent newspaper last summer, Duff Hart-Davis allowed as how the time had come for striking back. “I myself favor tripwires fitted to simple alarm guns that fire blank 12-bore cartridges and make bangs loud enough to awaken the dead.” But, he says, more radical measures should be considered “explosive parsnips or thunderflash carrots, which would detonate when touched.” I found one of his ideas especially appropriate: Fix a canister of anesthetizing gas to go off when a burglar arrives. Then, like the Flopsy Bunnies sleeping off that soporific lettuce in Mr. MacGregor’s vegetable patch, the thief would still be there in the morning.

Such aggressiveness can have its drawbacks. Eighty-two-year-old Ted Newbery was recently ordered to pay $6,400 compensation to a burglar he blasted with a shotgun when he caught the man trying to break into his garden shed. Newbery had turned the shed into a virtual fort, and was lying in wait with the gun trained through a hole in the door. 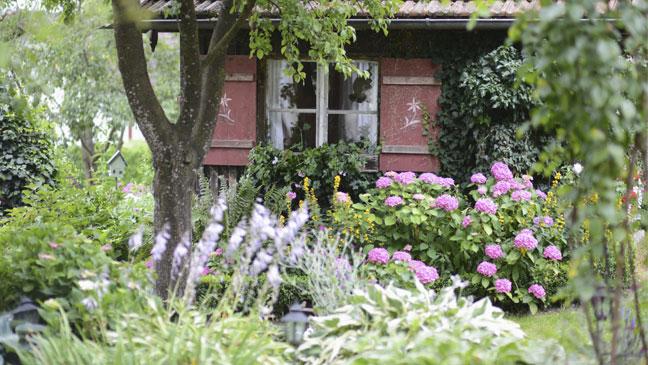 On reflection, I suppose we should not be too surprised at the thought of malfeasance in the garden. I see that the editor of an American gardening magazine was recently quoted as saying that “the garden has everything: sex, drama, life, and death,” so what’s a little crime? Besides, the English take gardens more seriously than other people do. When Sarah Potter, a resident of Cullompton in Devon, noticed that many of the plants in her garden were mysteriously dying, even after replanting, she set up a camcorder in her living-room window and taped her neighbors, the Daveys, pouring what was later found to be sodium chlorate from a teacup over the fence. In court, the Daveys’ defense was that their garden had been looking peaked, too, and they strongly suspected Potter of applying an herbicide. Lacking a camcorder, the Daveys lost. On the whole, simple theft might have been easier.

It may at this point be worth remembering the old Turkish method of dealing with such matters. By tradition, the head gardener at the sultan’s Topkapi palace always had a second job. He was also chief executioner.