As cows grazed their way down the 18th fairway and wild turkeys pecked away at the azaleas, an unknown Herman Keiser was out in the Atlantic Ocean looking for land.

That’s, in a nutshell, how the 1946 Masters began. First, the turkeys and cows. Augusta National had hosted nine Masters previously, but World War II forced the course to be shut down through the remainder of the latest war to end all wars. Augusta, Georgia, was directly in the center of five major military establishments and transportation issues caused the temporary end to the tournament after only nine years.

Meanwhile, Keiser kept looking for land. He was aboard the USS Cincinnati, traveled with his golf clubs and played anywhere his ship docked. He had been a mildly successful player and ended up with five wins on the PGA Tour, but was relatively unknown while Hogan, Nelson, Sarazen and Snead dominated the Tour.

Augusta National almost closed down for good. It was still a relatively new club and looked nothing like the pristine course that today provides a wakeup call to northerners looking for a sign of springtime. It was never a beautiful course at the beginning and the members of Augusta National, who paid fees for a private course, expected a private tournament. Few know that it is estimated that no more than a dozen people watched Gene Sarazen hit his famous double-eagle to help him win the 1935 Masters. Bob Jones, winner of the Grand Slam in 1935 and a founder of Augusta National (don’t call him Bobby when dealing with Augusta National) decided that, during the war, members, many of whom were part of the war effort, not be charged dues, but be asked to pay $100 annually to help maintain the course. It was decided that bringing in cows to graze at the course would save money on mowing the grass.

The decision was a disaster. The cows only had six months to tend to the land since the growing of new Bermuda grass was halted, so the cattle looked for further ways to nourish themselves. They ate the famed azaleas and bark from the trees. Raising turkeys was decided to be the best way to raise money to make up for the financial woes. It worked, but the turkeys also found the plants desirable.

Fortunately, the war came to an end and Augusta National decided that, despite terrible financial difficulties, it was time to reopen. The cattle were sold and 42 German prisoners from nearby Camp Gordon were brought in to rebuild the course. For six months, the prisoners helped rebuild the course, but also built bridges and other amenities that line the course today. By 1946, it had been three years since Augusta held its annual get-together, which was about all it was. There was no television and was little more than a fancy private outing. Keiser, known as the Missouri Mortician because of his serious demeanor on the golf course, had built up just enough of a reputation to be invited after his discharge from the Navy in 1945 and went to Augusta to meet with some of the greatest to ever play the game.

Keiser’s biggest win had been at the Miami 4-ball in 1941 and was an unknown in 1946 when he drove down Magnolia Drive. He was head professional at Firestone Country Club in Akron, Ohio, but that was his biggest claim to fame. Everyone knew Ben Hogan was going to win and a lot of money was changing hands. Since most of the spectators were club members, betting was extremely popular and most of the money was on Hogan. Keiser spent most of the Wednesday before the start of the tournament taking advice from Horton Smith, a two-time winner of the tournament. Smith told Keiser to watch the speed of the greens and not to pay too much attention to the breaks, advice that would be considered insane today.

Hogan went off at 10-to-1 odds, which wasn’t too bad since Snead, Sarazen and Nelson were also in the field. Keiser went off at 20-to-1, but it didn’t matter much to Keiser because he had only $10 in his pocket when he arrived. He had to borrow money from friends to put down a few bucks on himself and followed his bet by almost being disqualified.

After a birdie on the third hole, the unknown Keiser led the tournament through the first two rounds. Hogan was nowhere close. That’s when disaster almost hit. The Masters didn’t have tee times starting with any particular order. Unlike today, the leaders didn’t tee off as the last pairing.

Keiser was eating lunch without realizing that his tee time had been changed for no apparent reason. If the 1938 winner, Henry Pickard, had not run into the clubhouse to inform Keiser, the eventual champion would have been even less known than he is now.

There were more problems for Keiser. Augusta National used to assign its own caddies, and the best it could muster for Keiser was a 13-year-old boy who couldn’t even carry the bag around the course. He demanded a new caddy, was told there were none available and that he was in danger of being penalized for slow play.

Keiser plodded through the round and still led heading into Sunday when he would be paired with Nelson, and with Hogan several groups behind. At the time, there were no ropes to contain the gallery and Keiser had to hit over crowds, in front of them, and around them. He was airmailing most of his shots while Hogan was charging from behind. Hogan birdied 12, 13 and 15 and Keiser was holding off the legend by one stroke when he got to the 18th. 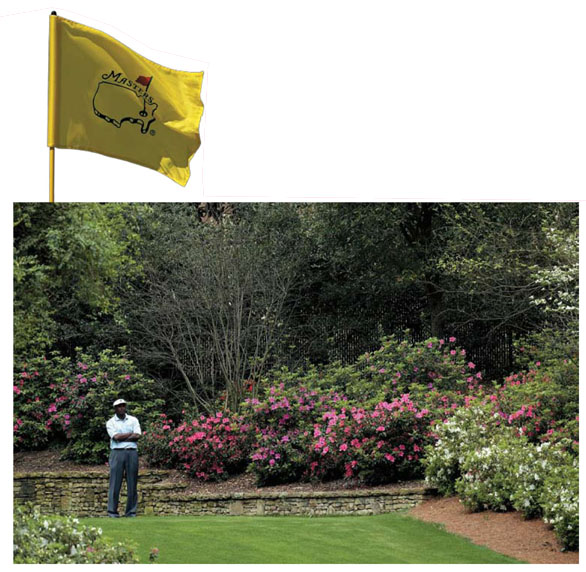 Hogan had been in this situation before. In the 1942 Masters, the last one before the war, Hogan trained Nelson by eight strokes on Sunday only to lose to Nelson in a playoff.

Having put his drive in the middle of the fairway, Keiser’s 7-iron shot hit the flag, then bounced 30 feet away. Nelson reminded Keiser that he hadn’t three-putted all week. That was a bad omen. Keiser three-putted and Hogan had a green jacket in his sights. Hogan needed par on 18 and had a 2-footer to force a playoff. Hogan missed the putt and Keiser had the winner’s check for $2,500 along with the green jacket and more than $1,000 he made from cashing in on his bets.

Sadly, Keiser grew to resent the treatment he received at Augusta National. Until his death in 2004 of Alzheimer’s, he still went to the annual Masters Champions Dinner where he received his annual stipend. He won five times on the PGA Tour and opened a driving range in Akron after retiring from professional golf in 1950. He was also a member of the 1947 Ryder Cup team that beat Great Britain, 11-1.

Keiser may be little more than a footnote in history books, and it is doubtful Augusta will be naming any bridges or creeks after him. It’s also doubtful that anyone will ever see cattle eating the grass on the back nine, or Augusta National-grown wild turkeys being served up for the Champions Dinner. But it all happened in 1946.